Let’s talk about a technique that falls into the “not fun/unsexy” category of audio, but is absolutely a subject to know and tame before deciding you want to break things – gain staging. We get a number of support tickets asking why Valhalla plugins suddenly stop outputting audio, and the first thing we ask the customer is, “What is the level of the signal entering the plugin?” We have implemented safety limiters inside the plugins so if the input level exceeds +12dBFS (that’s 12 decibels OVER digital 0, which is where your converters are clipping), the output of the plugin immediately shuts off and the audio slowly fades back in when the signal drops below that level. This is designed to protect your speakers and ears, but is also a warning that things may be getting a bit out of control with the gain staging of your project.

Back in Ye Olde Analogue Days™, recording gear was designed with an optimal operating level, and while manufacturers had their own standards for settings, these all fell within a certain range where interfacing pieces of equipment from various companies all worked perfectly well when these operating levels were adhered to; the concept of gain staging was all about maintaining correct levels when chaining various pieces of gear from one to another. At its simplest, this might have been a microphone plugged into a preamp followed by an equalizer, then a compressor, and ultimately the tape machine. The output of the tape machine was patched to the mixing console which had a number of additional gain stages – line input, EQ, maybe a built-in compressor on the channel strips, the internal groups or buses, and the final mix output which may have it’s own compressor, and then finally on to the mix down recorder. That simple scenario for a single microphone might be subject to a dozen gain stages at the most basic level; each of those stages introduces the possibility of distortion or saturation when driven incorrectly (we’ll get to that as a creative tool later, but for now we’re trying to not break things…). With proper levels between the stages in the audio chain, you were treated to a truly fantastic sound.

At this point, you’re probably saying, “Stuff it, old man! We have internal 32-bit floating point levels in our DAWs with over 1000dB of theoretical dynamic range! I don’t need to know or care about proper levels any more – HAHA!” Well, yes and no. First of all, everything audio in your computer has to become analog at some point whether it’s the digital-to-analog converter on the built-in headphone jack, or the output of your audio interface that is connected to your monitor speakers (another digital-to-analog converter, or DAC). These converters have a finite maximum level at which they can operate and pass audio before they clip and distort – think of a bucket that you are filling with water from a hose; once you reach the top of the bucket, the water doesn’t miraculously continue filling it, it begins cascading over the sides and making your wife very mad that you’re getting the floor all wet (this has never happened to me…). That’s digital 0 – you have filled up all the bits the converter can handle and what’s coursing down the sides of our “audio bucket” is distortion.

Another reason why the levels and gain staging within our computer projects is important is that many plugin manufacturers design their products to have an optimal operating level, just like in the Olde Days; if 0dBFS is the maximum they expect their plugin to see, they will design the processes within to be optimized at an operating level of somewhere in the range between -24dB and -16dB; this provides for plenty of headroom within the plugin processing, and can even let it saturate, if the plugin is designed to do so, as the operating level within the plugin approaches 0dBFS. All well and good on that single plugin, but what happens when you follow it with another and you push that to within its theoretical maximum internal operating level? And then another? We’re now at 40dB above 0, so you’re now pulling your master fader in your DAW down close to the bottom of its range because your headphones are clipping. Time to throw a peak limiter on the output bus to catch everything over 0dB and levels be damned! Sure that will absolutely work, but everything in front of that limiter is being pummeled to the very last bit of its poor little audio life. Will it work? Absolutely. Whole genres of music have sprung up around this massively smashed sound (hell, the music industry as a whole and the mastering loudness wars were all about this to an extent) – I’m not passing a value judgement here, just explaining a best-practice scenario.

Let’s say your mix is going along this way, heads are bobbing, but you need a touch of reverb added to the mix bus for a touch of overall ambience; you insert a VintageVerb just before the peak limiter and your mix shuts off. “WTF?!??!?!” This is when we get a support email. Our internal safety limiters are there to make you stop and think about what is happening before our plugin (and prevent your speakers or eardrums from exploding), and that you’re probably over-cooking things by a fair amount. Time to look at your gain staging and adjust.

I’m the last person to tell you not to saturate or distort something; I live for that and love the sound of gear pushed to, or over, its limit – it’s exciting and a little dangerous. I’m also a drummer, so my judgement in general is entirely suspect, but when I’m mixing (my day job), my master fader is parked at analog 0dB (which is +4dBu, or -18dBFS digital, still giving me headroom if I did want to push it around a bit). If I want to hear the mix louder, I turn up my monitors, not the master fader. This ensures that I have a fixed place to maintain a proper output level that I’m not fighting against all the time.

The great benefit to practicing good gain staging is that your final audio will actually sound better! Even if you want to compress/distort/slam a number of your individual tracks for effect, maintaining more overall transient information will give your mix far more impact than what happens when you shave off all the peaks by clipping the signal. You can always apply a peak limiter as the last insert of your mix bus if you really want to crush the whole mix (but I would highly recommend against that…), but even then it will sound better if there is more non-clipped program information coming into it.

I don’t want this to sound like “Old Man Yells at Clouds” or that I’m saying you must operate this way when working on your music, I just think it’s helpful to have a little knowledge about the WHY – these things aren’t designed arbitrarily and operating levels weren’t conceived just to slap a number on a piece of gear. Having this tiny bit of extra knowledge might help you make better sounding music!

Reverberation decay of concrete structures, as applied to hair metal 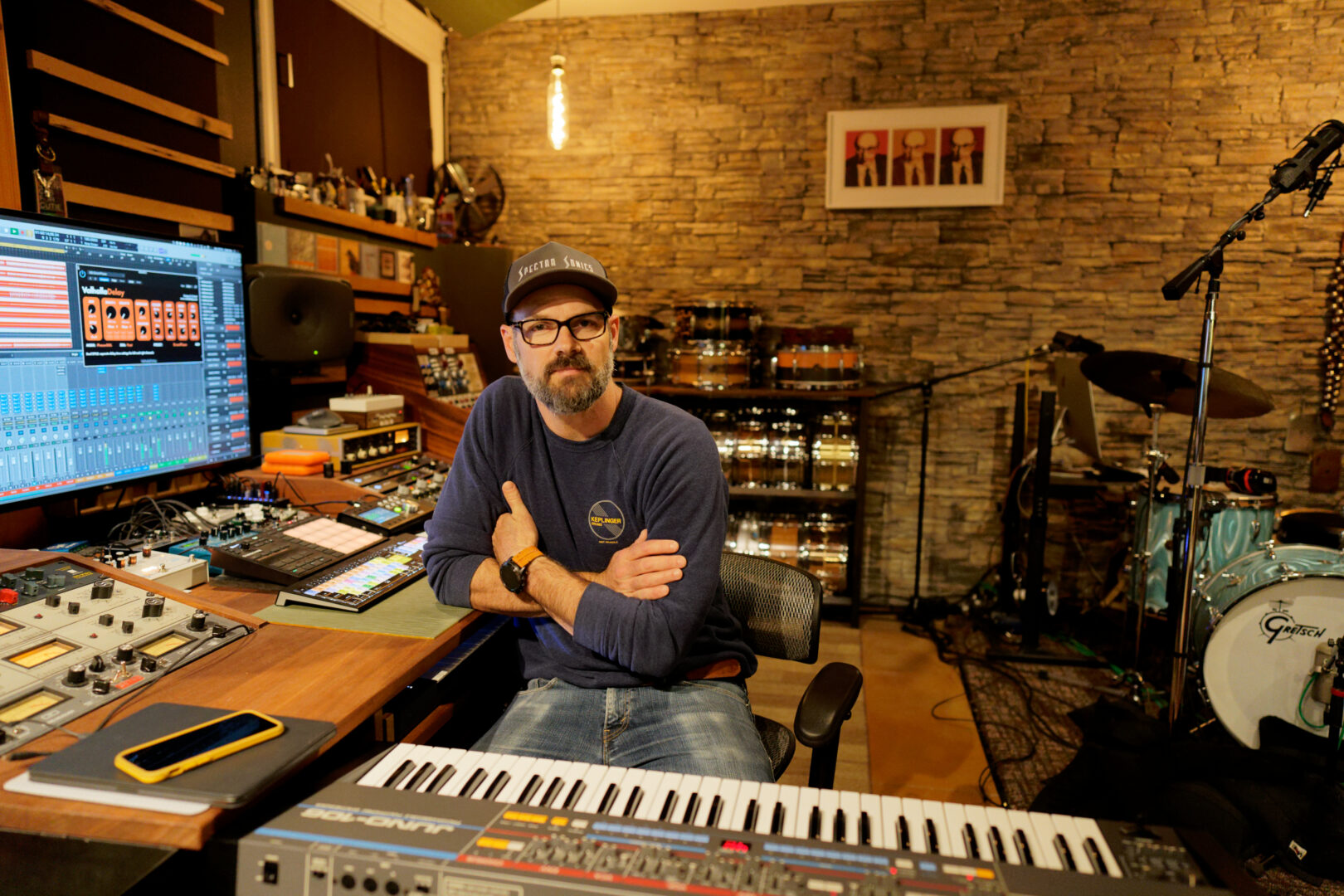