When I was doing research on pitch shifting for my analysis of the Eno/Lanois “shimmer” effect, I had presumed that I would start with the first commercially available digital pitch shifter, the Eventide H910 Harmonizer. However, it is worth exploring the analog pitch changing devices that predated the H910 by several decades.

In a 1966 Journal of the Audio Engineering Society article, William Marlens traces the history of analog pitch and time changing devices, with the earliest patents dating back to the 1920’s. The basic idea of all of the patents was to record the audio signal onto some moving medium (tape, wire, film, etc.), and then use a rotating playback head, where the read heads would be moving at a different rate as the recording head: The rotary playback head has 2, 4 or more read heads. By adjusting the rate of the rotation relative to the tape motion, the pitch of the signal can be raised or lowered. Time expansion / compression can be achieved by speeding up or slowing down the rate of the tape, while keeping the tape heads moving past the tape at a rate that is identical to the original recording rate. As a given tape head comes into contact and is rotated away from the tape, the output signal from that given head will fade in and out, which results in a natural cross-fading of pitch shifted segments.

It is hard to track down audio examples of these early time/pitch changers. Stockhausen made use of one for Hymnen, and other European electronic music studios had similar devices on hand, but the most common use in the US seemed to be shortening audio for commercials to fit a given length. Strangely enough, the Beach Boys seem to have made use of a rotary head pitch shifter on a few songs. Listen to the vocals in “She’s Going Bald” off 1967’s Smiley Smile, starting at 0:51, to hear the characteristic formant shift and warbly sound of a cross-fading pitch shifter.

The Beach Boys also used a fixed rotary speed to add a metallic effect to the drums on “Do It Again.” It is most obvious on the intro:

Wendy Carlos has a detailed blog post about her experiences with the Eltro “Information Rate Changer.” Carlos describes how this 1960’s rotary tape head device was used for the voice of HAL 9000 in “2001” (Carlos wasn’t involved with 2001, but had the story relayed to her by Stanley Kubrick). Apparently the Eltro was used on HAL’s voice throughout the film, but the effect is most obvious in the “death” scene. At 3:06, you can hear the voice start to warble more, presumably as the signal’s pitch was shifted further downwards:

One of Carlos’ experiments involved recording a signal onto an Ampex tape deck, using the Eltro to play back the signal, and sending some of the pitch shifted signal to the record head of the Ampex. This resulted in a pitch shifted tape delay loop, where each repeat was higher (or lower) in pitch. This pitch shifted feedback, in digital form, is a crucial component of the Eno/Lanois shimmer effect. It seems that Wendy Carlos was exploring similar realms a few decades earlier. 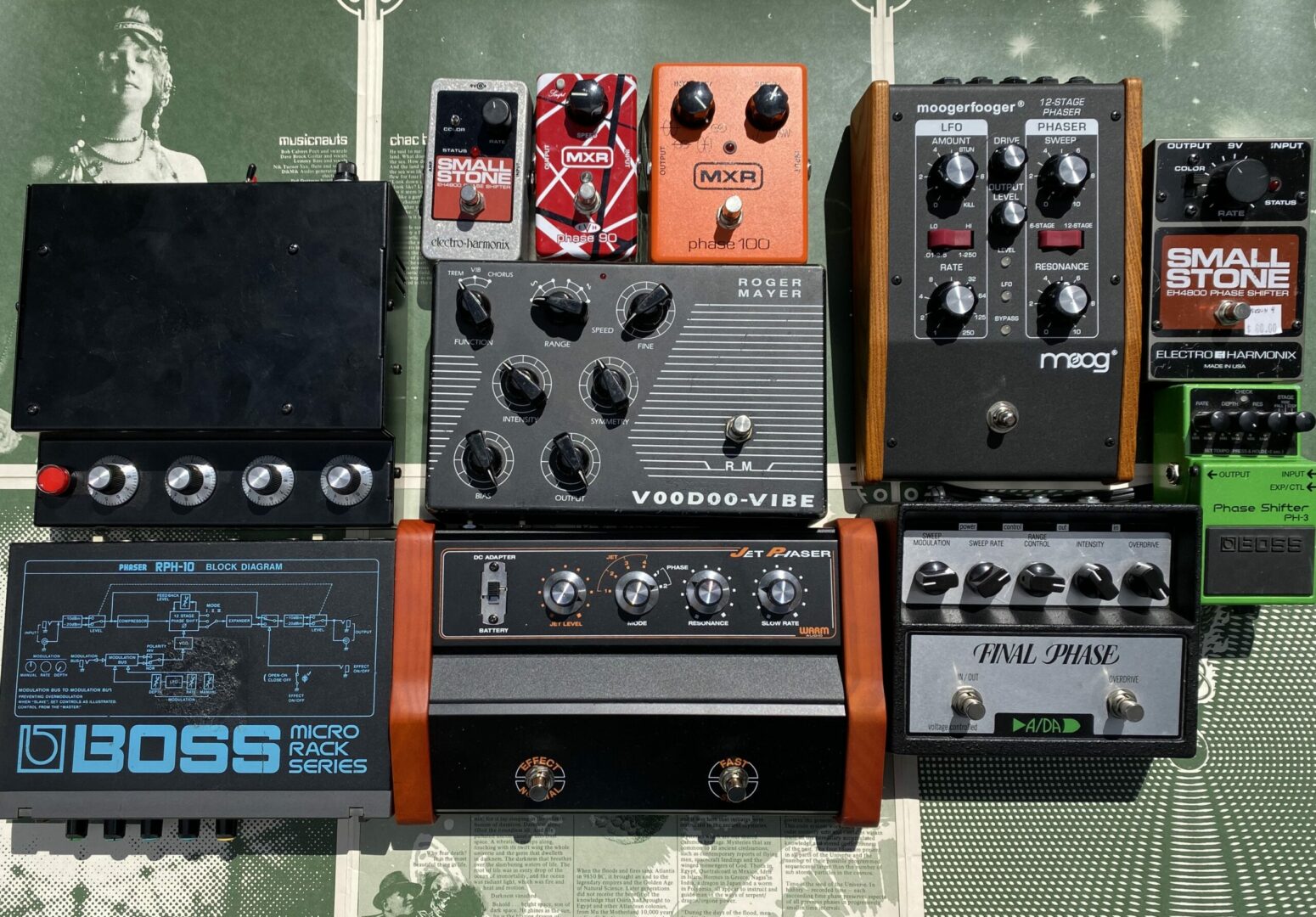