The Space Station, or SST-282, was described as a “reverberation effect.” It could apparently get reverb times of up to 3.5 seconds. This may not seem like a particularly long time by modern standards, but it was a huge achievement given the architecture that was used. In the SST-282, the reverb effect was obtained by using a single delay line, with 15 output taps from the delay buffer summed and used for feedback, and an additional 8 taps used to monitor the delay line. Multitap delay lines such as this, where several taps are summed and used for feedback, can quickly reach a high reflection density. However, they are notoriously unstable, with the maximum feedback gain being allowed under conventional circumstances being equal to 1 divided by the number out output taps. Yet Moore was able to achieve a significantly higher feedback gain. How?

Fortunately for geeks like myself, Moore extensively documented the process he used (which puts him in my DSP Hero list). The basic diagram of the algorithm is right there on the front panel, and Moore also described the algorithm in a patent. The key diagram from the patent: The basic idea is that the taps that are summed and used for feedback are modulated. In the patent, Moore describes the clever modulation process used, as well as the tap spacings. By moving the feedback taps back and forth, Moore was able to get a much higher feedback gain before instability, which results in a longer decay time.

I built my own version of the SST-282 back in 2001 or so, using a program called SynthBuilder. I found that by modulating the taps as Moore describes in his patent, I was able to get about a 3X increase in feedback gain before things started getting too weird. Mind you, they got pretty weird anyway. The SST-282 simulation could get a reverb sound, but it sounded like it was full of spooky voices at high feedback settings. Very cool stuff.

Christopher Moore used a similar topology for the later Stargate reverb, but with a longer delay buffer. By doubling the delay buffer size, the maximum reverb time before instability is also doubled. Apparently the Stargate used a somewhat different randomization scheme as well – see below.

Moore has recently described some of the issues that the original SST-282 had:

…I had not been able to tame the various flaws I could hear in the Space Station. These included spectral smearing (due to the wandering feedback taps), modulation noise (delay taps were simply picked up and moved 62uS with no smoothing), and the inability to get a really distant sound due to the fact that the Audition Delay taps by design picked up the dry source as early reflections as well as the dense later reverberation.

Later Christopher Moore designs, such as the 8×32 Reverb, the AKG ADR-68K, and a number of algorithms designed for Kurzweil, made use of stable reverberation algorithms. However, the Space Station’s method of obtaining stability through time variation resulted in a distinctive sound that is still useful to this day. The original Space Station algorithm was turned into the SST-206, a compact hardware version of the SST-282, and Eventide has released a plugin that uses the SST algorithm.

UPDATE: Chris Moore, in a comment on this post, points out that the randomization scheme used in the Stargate was considerably different than the Space Station:

You are right about the 323 as far as you go. The StarGate has a wonderful sound (thanks go to Charles Andersion for great support during the long and arduous tuning process), due to the invention of a different way to change delays. Without giving away the store (because I may revisit the design one day and have some really cool ideas to tame those moving delays altogether). Anyway, the 323 has no pitch smearing, no Doppler shift, and almost no modulation noise. No free lunch: it has a tremolo sound.

I had always thought that the Stargate was similar to the Space Station, except for a larger amount of memory used – I stand corrected. 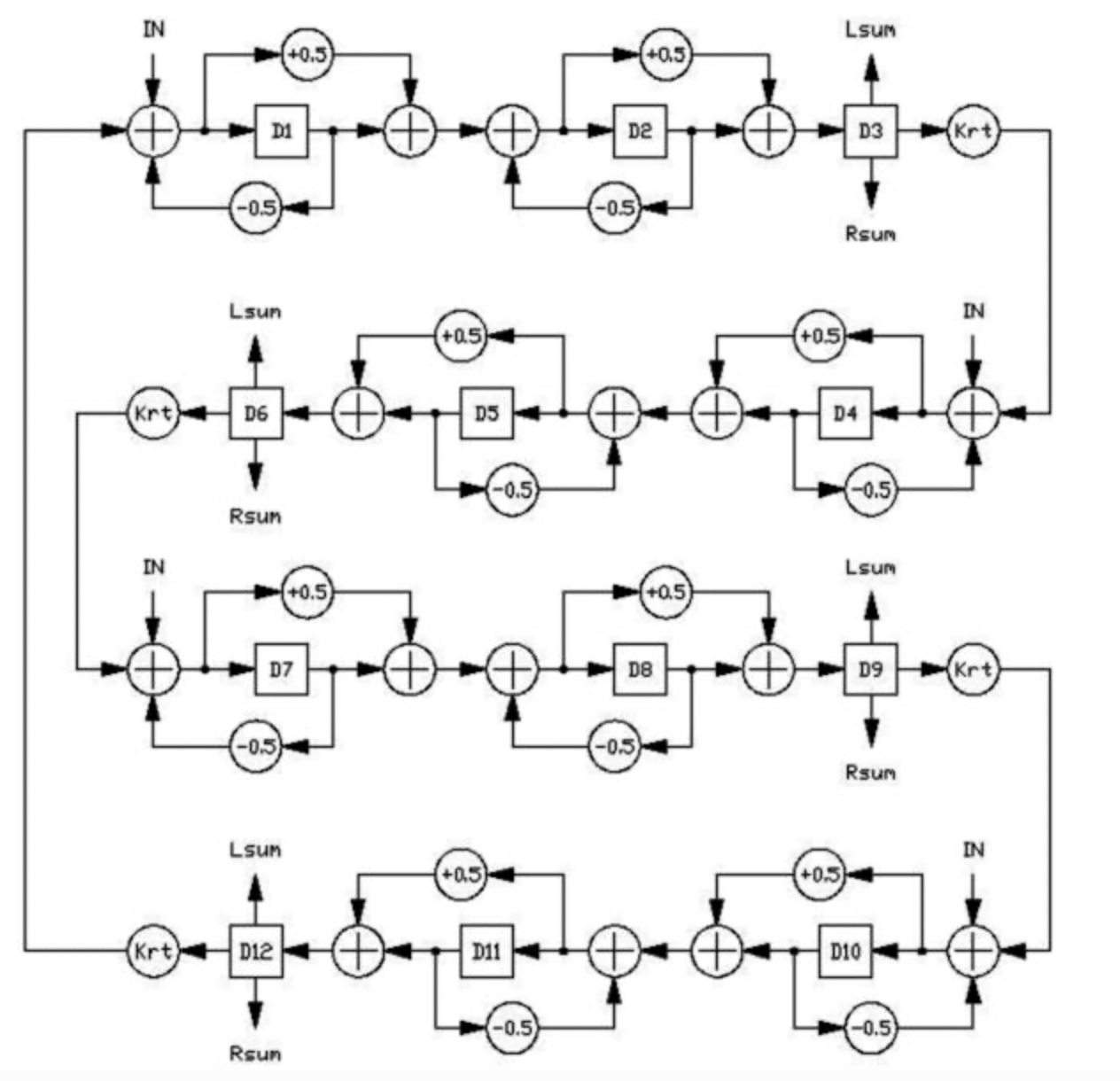