The STYLE control is one of the most powerful features of ValhallaDelay. It controls the relationship between the left and right delay channels, and the number of delay voices in each channel. The STYLE control also affects the visibility of other controls in the ValhallaDelay GUI, so that only the relevant controls are exposed for any given style.

You can find the STYLE control in the lower left portion of the GUI:

There are five separate styles in ValhallaDelay: 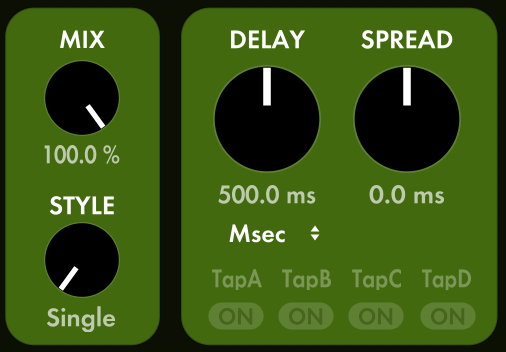 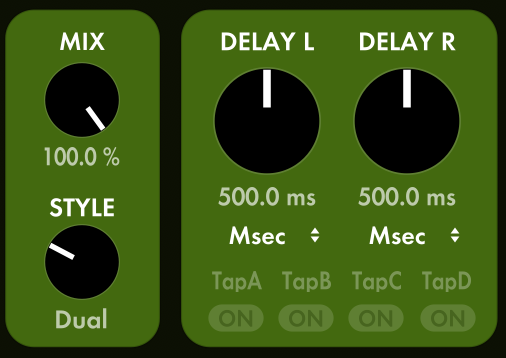 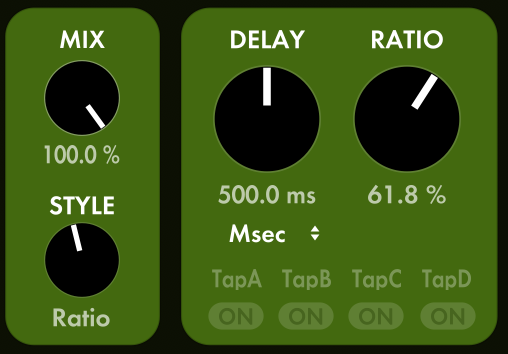 Ratio: The DELAY knob controls the delay time of the left channel, while the right channel’s delay time is set as a ratio of the left delay time, using the RATIO control. 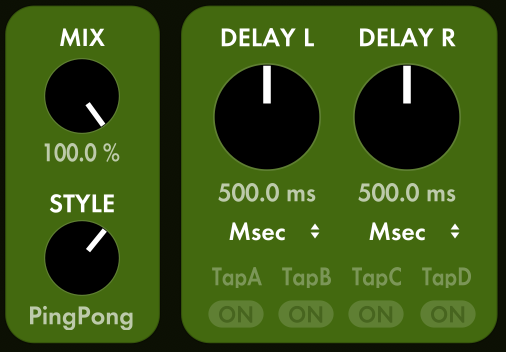 PingPong: The left and right inputs are summed, then sent into the left delay. 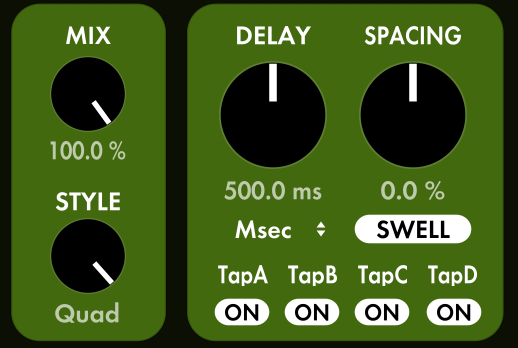 Quad: Used to emulate the “multi-head” tape echoes of yore. 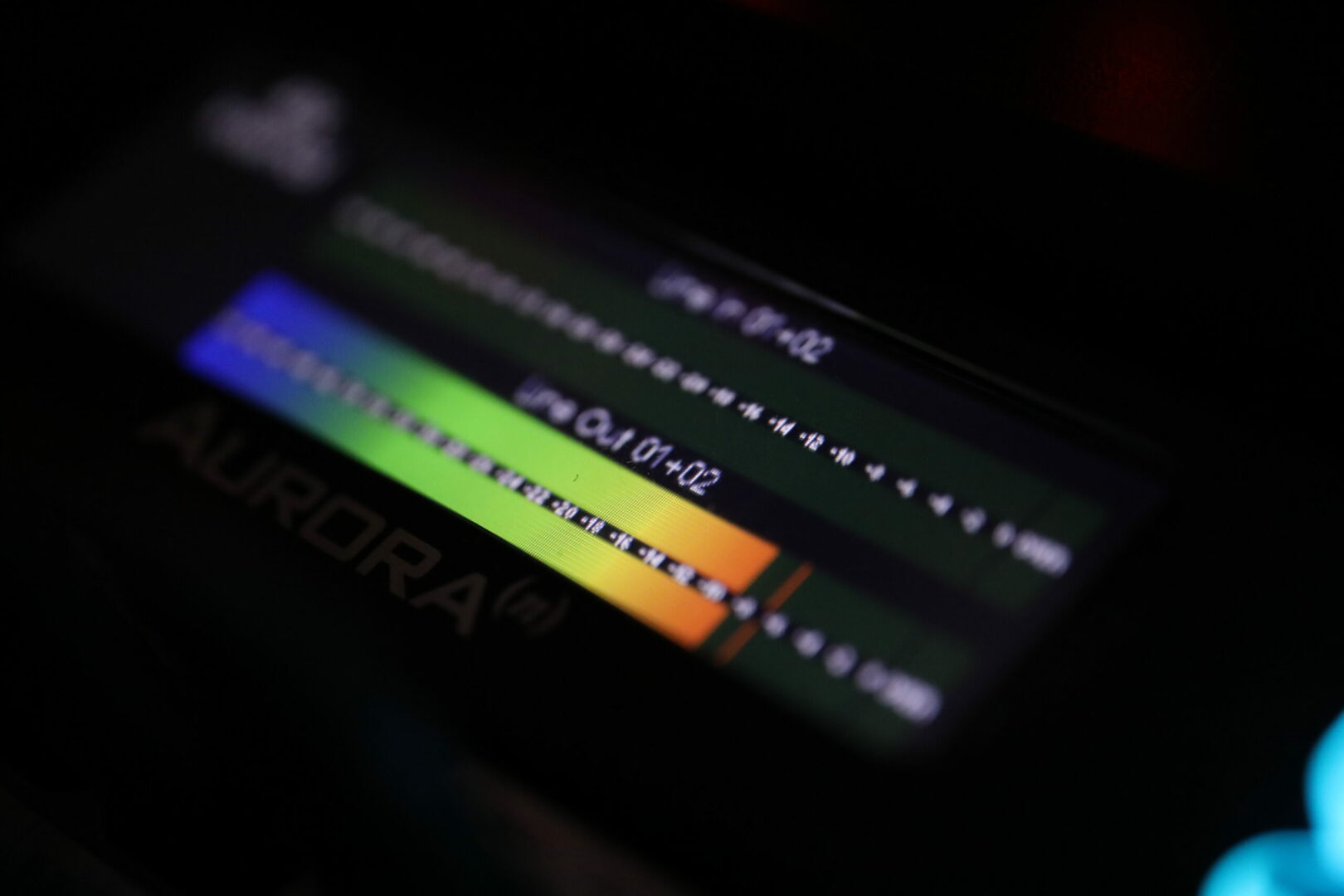